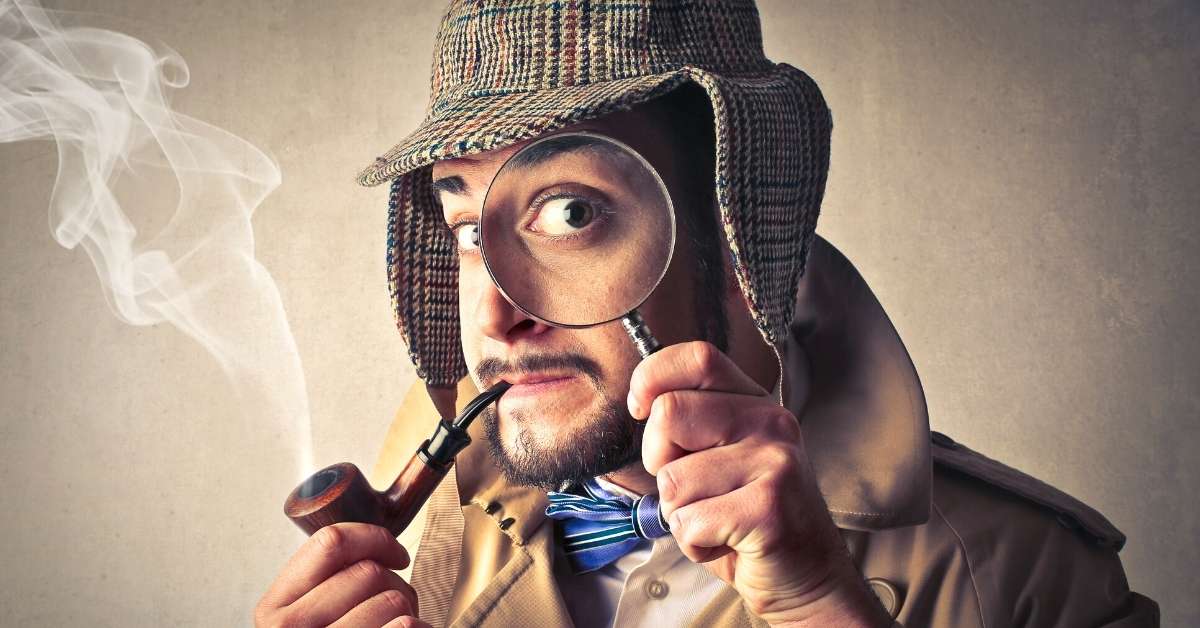 Chances are, you already came across untranslatable French words throughout your learning journey.

As a French coach, I know it can be difficult to understand what they really mean without an official translation.

So in this article, I’m going to explain to you 12 untranslatable French words people actually use in real life, so you can really flex your skills in your next conversations.

The verb flâner describes the act of wandering around slowly with no destination in mind and no specific goal, except to enjoy the atmosphere of a city.

Flâner is part of the French culture, especially in Paris.

If you like taking part in this aimless activity, then you’re un flâneur (for a man) or une flâneuse (for a woman).

If you enjoy flâner, you’ll most likely also take part in lèche-vitrines.

It refers to the act of window shopping, when you have no intention of buying anything and don’t even enter the shop. You just admire the items on display through the window.

This is one of the major untranslatable French words you’ll ever learn, and it has several meanings.

Firstly, le dépaysement is the feeling you get when you’re not in your home country.

But there’s two kind of dépaysement:

Secondly, le dépaysement can also refers to the feeling you get after discovering/doing anything new, such as:

Again, whether it’s a positive or negative feeling depends on the person experiencing it. Maybe you love your new job and it’s positively different from your old job or maybe you feel like a fish out of water and you don’t like your new job.

The feeling of dépaysement is relative to each individual.

If you want to say you’re experiencing le dépaysement, use the adjective dépaysé (for a man) or dépaysée (for a woman).

Un empêchement comes from the verb empêcher (to prevent).

It means that something unexpected came up.

J’ai un empêchement (present tense) or J’ai eu un empêchement (past tense) is a perfect way to explain why you’re late or why you have to cancel already-made plans, without giving any specific reason.

It’s a very handy word to know in French!

You haven’t seen a loved one in a long time? It can be a friend, a family member, your significant other or even your pet, it doesn’t matter.

Les retrouvailles refers to the moment you see them again, happy to be reunited once more.

Note that les retrouvailles is always used in the plural form.

If I tell you the literal translation is “To be in the West”, can you guess what this means?

Probably not! That’s because it’s one of those untranslatable French words you can’t guess.

This familiar expression generally describes someone who:

For example, if you’re talking to your sister next to you and she doesn’t answer, you could say to your mother Elle est à l’ouest.

We all have at least one friend we can’t take out in public without them spilling their drinks or their food on the table, right? And if you don’t, then I’m sorry to tell you, you might be that person (I know, I am that person!).

The adjectif insortable describes that person, who might bring you embarrassment without meaning to.

You can use insortable to joke nicely about your friend’s bad habits or strange fashion choices.

You can also use it more seriously, if the person who is insortable has a truly inappropriate behavior or really bad manners.

Alternatively, you can use pas sortable in the same manner.

When you’re feeling frustrated, annoyed, despair or simply had enough of something and can’t take it anymore, then you can say J’en ai ras-le-bol.

This literally means you’ve had your “bowl full of it”.

I suggest you learn this sentence by heart, because French people are very fond of saying it.

This untranslatable French word is an adjective that describes a person sensitive to the cold.

You want to say that something is a big hit (movies, songs, books, etc.)?

Then you can express your point of view with the familiar verb cartonner.

Have you ever done something quickly, with haste?

If so, then you did it à l’arrache.

This slang word is especially fitted to students doing their homework at the last minute.

This expression is how French people say that something will (unfortunately) never happen.

For example, if you gave money to a friend and have been expecting them to pay you back for a long time, you could say Il ne me remboursera jamais (He’ll never pay be back).

Now you know what these 12 of the most common untranslatable French words mean!

By learning them, you’ll expand your vocabulary and you’ll become that much more French!