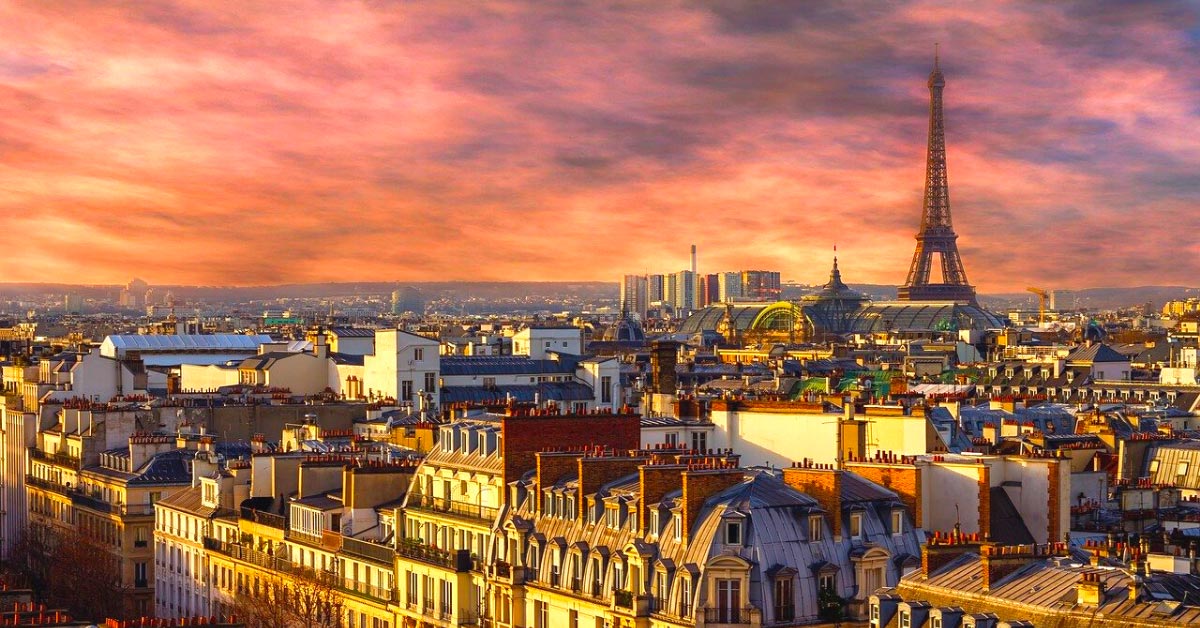 So, here are 13 good reasons to learn French.

You’ll discover why the French language is important and how learning it will help you.

Spoiler alert: Reason #13 will surprise you!

1. French is a popular language

Around 267 million people speak French, making it the 7th most spoken language in the world [1].

French is the official language of 29 countries and 12 dependent territories [2]. It’s spoken in France, Switzerland, Belgium and Canada. But also in many African nations and on several of the planet’s most beautiful islands.

French is also the 2nd most learned language after English [3]. As it happens, every country in the world teaches French [4].

French could even dethrone Shakespeare’s language and become the most spoken language in the world in the next 50 years [5].

2. French is an asset in international organisations

French was the major language of diplomacy for centuries, before the rise of English.

Several French words related to the diplomatic field have never actually been translated and are used in English. For example, chargé d’affaires, agrément, aide mémoire or attaché.

Today, French is still a working and an official language of international organisations, such as the United Nations, the European Union, UNESCO and NATO.

If you’re considering a career in an international organisation, speaking French is a great asset.

3. French opens up a world of job opportunities

French is one of the most in-demand languages in the business world.

As one of the world’s largest economies and a top destination for foreign investments, France is a key economic partner [6].

Speaking French is an advantage if you’re looking for a job abroad.

Or you can choose to stay in your country and work for one of the many multinational companies using French as a working language in a wide range of sectors (trade, automotive, luxury goods, aeronautics, etc).

France also attracts many entrepreneurs, researchers and students from all over the world.

France is the 4th most popular destination for international students [7].

Many foreigners learn French to be able to enroll in a French university later on.

If you speak French, you will increase your chances of getting into one of France’s prestigious universities (Sorbonne, Pierre and Marie Curie University) or elite Grandes écoles (HEC, Polytechnique, ESSEC).

French universities and schools are among the best in the world.

They have an excellent reputation.

They are also affordable, compared to other countries (such as the United States) [8].

You can even apply for a French government scholarship to help you get a diploma of international value [9].

So, it’s no surprise: France is an attractive option for foreign students.

France is the world’s top tourist destination and attracts more than 89 million visitors a year [10].

So chances are, you thought about visiting France or just Paris at least once in your life.

If you speak French (even a little bit), you’ll find France and its various regions much more enjoyable to visit. You will also get some insights into France’s culture and way of life.

But you don’t have to limit yourself just to France!

Speaking French also opens up your travel options across the globe.

You can explore plenty of other French-speaking countries such as Switzerland, Canada, Senegal, etc.

You can even spend a dreamy vacation on one of the world’s beautiful French-speaking islands like the Seychelles, Madagascar, Vanuatu, Saint-Martin and many more.

Contrary to popular belief, French is not the hardest language to learn.

French is actually considered one of the easiest languages to learn for English speakers.

It takes about 600 hours to reach a high intermediate French level [11].

If you study only 1 hour per day, you can reach that level in about one year and a half.

There are also a huge number of resources and communities available to French learners. So you can choose the right learning method for you.

Well, you can now set your sights on Italian, Spanish, Portuguese or Romanian.

Those are romance languages, like French. So they share many similarities with the French language (vocabulary, grammar, syntax, etc.).

Learning another romance language will be far easier for you, now that you know French.

Similarly, if you already speak one of those 4 languages, you’ll pick up French quickly!

8. Make friends around the world

Since French is spoken and taught throughout the world, you’ll double your chances of making friends.

You’ll be able to talk to French natives, obviously!

But, another bonus is that you’ll be able to communicate with other French learners, just like yourself.

This can especially come in handy when traveling.

If you already speak English, and add French to your repertoire, you’ll be surprised how many people you can talk to, even in countries where neither English nor French is an official language.

9. Speak the language of love

Looking for more than just a friend?

You can open up your dating options by speaking French! (No, I’m not kidding.)

The French language is soft, melodious and romantic at the same time.

It’s no surprise then that it’s called the language of love.

If you want to seduce someone, speaking French might be your golden ticket.

And who knows? Your date might end up becoming more!

By learning French, you also learn to structure your thoughts and develop critical thinking.

Those skills are useful for discussions, negotiations or simply to express your point of view.

11. Dive into the French culture and arts

France is a culturally rich country.

Through French, you can enjoy a variety of arts. Here are a few examples.

France is also renowned for its architecture, its paintings…and its cuisine.

Whether you come to France for 3 days or for several months, you can’t leave without experiencing the delights of French cuisine first hand.

You’re probably thinking: But I don’t need to speak French to enjoy the French food!

That’s true, it’s not a necessity.

But it’s so much better to understand what’s on the menu and order in French, no?

Moreover, if you’re a chef or if you practice the culinary art, there’s a lot of French happening in the kitchen.

That’s because the French innovated cooking so much!

By learning French, you’ll enjoy a new repertoire of humour, jokes and puns in their original language.

But more than that, you’ll discover the French sarcasm, a crucial part of the French culture!

Wait! Aren’t those terms related to mathematics or law?

Not in this case!

With the premier degré, or first degree, you can take things literally. When someone talks to you, there’s no need to interpret their words.

With the second degré, or second degree, you can’t take things literally. Instead, you need to read between the lines to uncover the real meaning.

For a non-native French speaker, this aspect of the language can be challenging.

In most countries, you say what you mean and that’s it. No questions asked.

But in France, we prefer to get our message across in a very subtle way.

Here’s an example of second degré.

French people spend a vast portion of their social interactions speaking in the second degré.

So if you understand the second degré, you’re basically fluent in French. Congratulations!

As you can see, there are plenty of good reasons to learn French.

Look at it when you need motivation to keep on learning French.

So what are your reasons? Let me know in the comments!