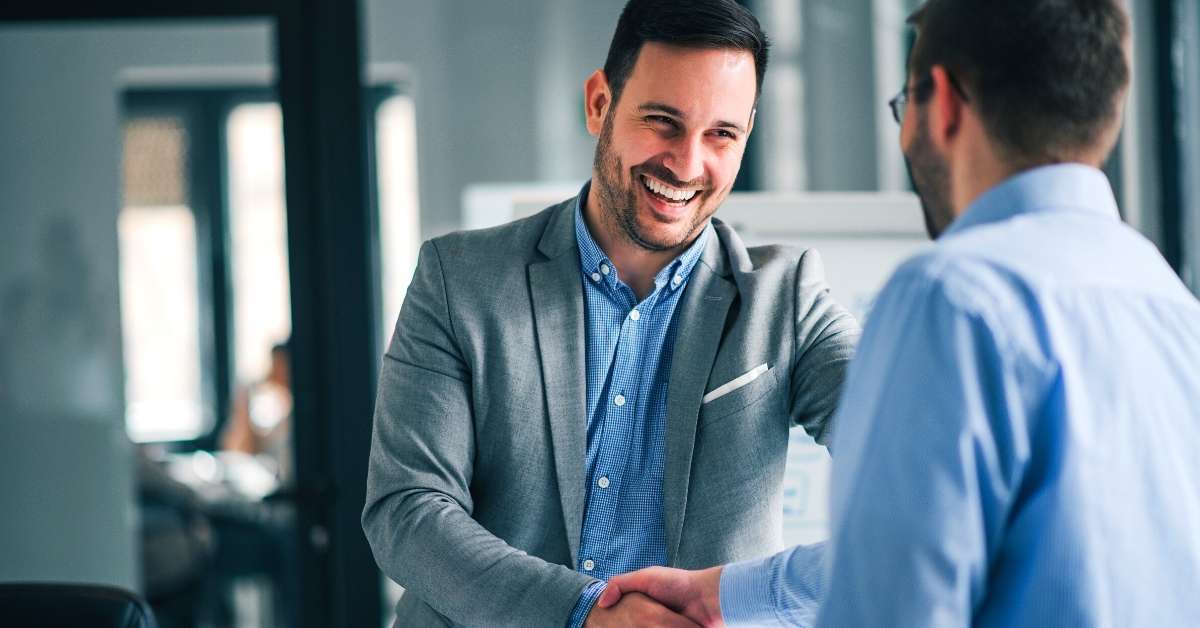 Like in any other languages, knowing how to say Nice to meet you in French always comes in handy.

As a French coach, I recommend you make sure to know the basics so you can have lively conversations instead of awkward ones.

In this article, I’m going to teach you the most common ways of saying Nice to meet you in French and when to use them.

All you’ll have to do is learn them by heart and use them whenever necessary, according to the situation you’re in.

When you want to keep it simple: Enchanté(e)

The simplest way of greeting someone in French is saying Enchanté(e). Literally, it means “Delighted”, so you can translate it as “I’m delighted to meet you”.

This is the most basic phrase and one that doesn’t take long to memorize.

Enchanté(e) lights up the conversation instantly, grabbing the attention of the person you are conversing with.

Native French speakers tend to greet in this way when they meet someone they don’t know at all and never heard of.

Although Enchanté is used by a man and Enchantée by a woman, the pronunciation of both terms is the same.

When you want to be formal

While Enchanté(e) works well in any situation, if you actually want to be formal, you can go with these options.

This means “Pleased to make your acquaintance”.

The wording gives off a very formal vibe.

If you’re talking to someone your age and want to be a little more casual, you can go with:

This means “Pleased to meet you”.

Be it a formal wedding ceremony or in a meeting, you can greet new people by saying this expression to sound humble and welcoming along with keeping it formal.

If you want to make this sentence more casual, replace votre by ta.

If you already know someone, but you never actually met them face-to-face before, these examples would be perfect. Formal, but on the casual side.

When you’re happy to meet someone for the first time

Sometimes, the person you meet might not be a complete stranger. Maybe you know them by name or you already heard a lot about them.

This means “It’s a pleasure to meet you”.

While it gives a little touch of formality, it also conveys the message that you’ve been looking forward to meeting someone in person.

This means “I’ve heard a lot about you”. It’s both formal and casual.

It’s a way of expressing pleasure in meeting someone, while paying them a compliment at the same time. A compliment that indicates that you have heard good things about that person.

Another variation you can use is On m’a tellement parlé de vous (I’ve heard so much about you).

When you’re at the end of the conversation

All the above phrases are used only at the beginning of the conversation when you’re saying “It’s nice to meet you”, present tense.

When the conversation is coming to an end and you want to say “It was nice meeting you”, you can say:

If you had a good time with that person, you can also tell them it was great talking with them:

How to say “Nice to meet you too” in French?

If someone beats you to it and you end up on the receiving end of an “Nice to meet you”, you’ll be glad you learned the following options.

They are all variations of the English “me too” and express the feeling that you’re equally pleased to meet that person.

Now you know exactly how to say Nice to meet you in French!

Knowing how to adequately greet people in French can get you good friends and make you adjust to a new place more easily.

They say the first impression is your last, so make it as strong as possible by greeting people properly in French!

If you want to get to know the person you’ve just met, here’s how to introduce yourself in French.