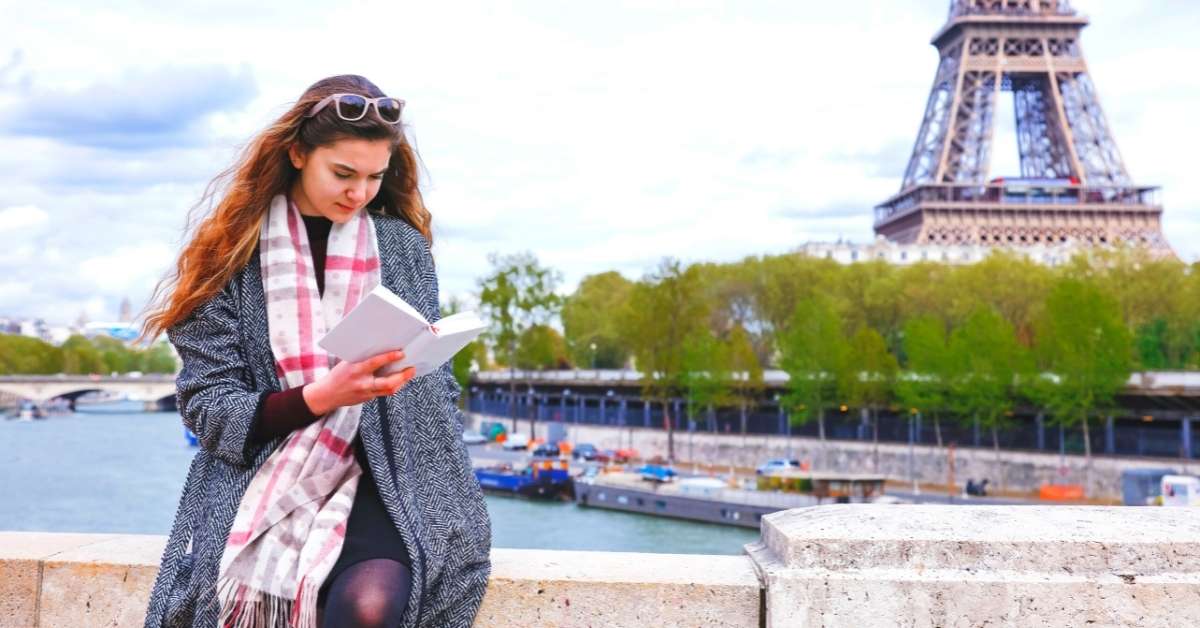 So you want to know more about French adverbs? You’ve come to the right place!

As a French coach, I know French grammar can be difficult to grasp. But this guide will help you and break everything down into easy-to-digest pieces of information.

In this guide, you’ll learn:

What is an adverb exactly?

Simply put, an adverb is a word used to describe or give meaning to:

Adverbs allow us to add necessary details to a sentence and to express a greater depth of meaning.

To understand French adverbs, we first need to talk about French adjectives.

Adjectives are words used to describe a noun.
Je cours à travers le grand parc. (I run through the large park)
Here, grand is the adjective as it is describing the noun – park.

Already you can see how adding adverbs to your French enriches and brings your language to life!

The good news is that unlike adjectives, adverbs are invariable. They only have one form, so you don’t need to worry about masculine, feminine, singular or plural variations.

Now, let’s see how knowing French adjectives is going to help you with French adverbs.

Just as in English, French adverbs can be formed using adjectives.

For example, if we take the English adjective “slow”, to form the adverb we simply add -ly to make “slowly”.

Of course, this is French so there are exceptions! Some adverbs are not formed from adjectives, such as: aujourd’hui (today), beaucoup (a lot, much), ici (here), très (very). In these cases, you will need to learn them by heart.

Fortunately, most French adverbs can be formed from adjectives and follow these simple rules.

From a masculine adjective ending with a consonant

If a masculine adjective ends in a consonant, take the feminine form of this adjective and add -ment at the end.

There are some exceptions such as :

From a masculine adjective ending with a vowel

If a masculine adjective ends in a vowel, add -ment at the end (no need to turn the adjective feminine first).

Note: While the 2 rules above can be applied to most adjectives, there are some exceptions. Below are the most common exceptions.

From a masculine adjective ending with -ant or -ent

If a masculine adjective ends in -ant or -ent, drop the -nt and add -mment at the end.

Two common exceptions to this rule are lent (slow) and présent (present):

From a masculine adjective ending with a silent -e

If a masculine adjective ends in a silent -e, remove the -e and add -ément at the end.

Adverbs with a form different from their adjectives

Some adverbs do not follow the patterns above and are completely different from their adjectives.

They are common parts of French speech so it is essential to learn them by heart. Here are the most important ones.

Top Tip: If you are ever confused about whether to use bon or bien, mal or mauvais, etc, just think – is the word referring to a noun or another part of speech? Adjectives only describe nouns whereas adverbs can describe verbs, adjectives or other adverbs.

What are the main types of adverbs in French?

There are 11 main types of adverbs BUT do not feel daunted by this! This article will break down and simplify their usage so you can speak more fluently and confidently in no time.

Adverbs of place in French

Adverbs of place answer the question “Where?”. You will surely know most of these adverbs, used to demonstrate position, direction or place.

Adverbs of time in French

These adverbs answer the “When?” question.

Adverbs of quantity and intensity in French

These adverbs explain how many or how much.

Example: Il y a environ 30 élèves dans ma classe. (There are around 30 students in my class)

Adverbs of frequency in French

These adverbs answer the question “How often?”.

Adverbs of manner in French

These adverbs explain how something is done.

Adverbs of negation in French

These adverbs are used to express negation. You’ll often recognize them in sentences containing ne. The most common French adverb is the use of ne … pas.

Adverbs of affirmation and doubt in French

These adverbs are used to either confirm or doubt something.

These adverbs express the mood or attitude of the speaker.

Also known as question words, these adverbs are used to ask a question.

Where to put the French adverb in a sentence?

To correctly place a French adverb in a sentence, you must consider the type of adverb you are using and the word it is modifying.

When the French adverb modifies a verb

The place of the adverb will change depending on the tense of the verb.

With verbs in a simple tense

Generally speaking, when used in simple sentences, the adverb will come immediately after the verb it is modifying.

In negative sentences, the adverb will normally follow pas.

With verbs in the near future tense

When using an adverb in the near future tense (aller + infinitive), the adverb will normally follow the conjugated verb aller.

With verbs in a compound tense

When an adverb is used in a compound tense, such as the passé composé, the word order will change so that the adverb follows the conjugated être or avoir and precedes the verb it is describing.

When the French adverb modifies an adjective or another adverb

When the French adverb refers to an entire sentence

When an adverb refers to the entire sentence, it’s placed at the beginning of the sentence.

Other adverbs can be placed at the beginning or at the end of a sentence, without impacting the meaning. This is generally true for adverbs relating to time:

Now you know exactly how to handle French adverbs!

By using these adverbs, you really improve your speech and writing.

So if you want to aim for greater detail or meaning, think about adding adverbs into your sentences.